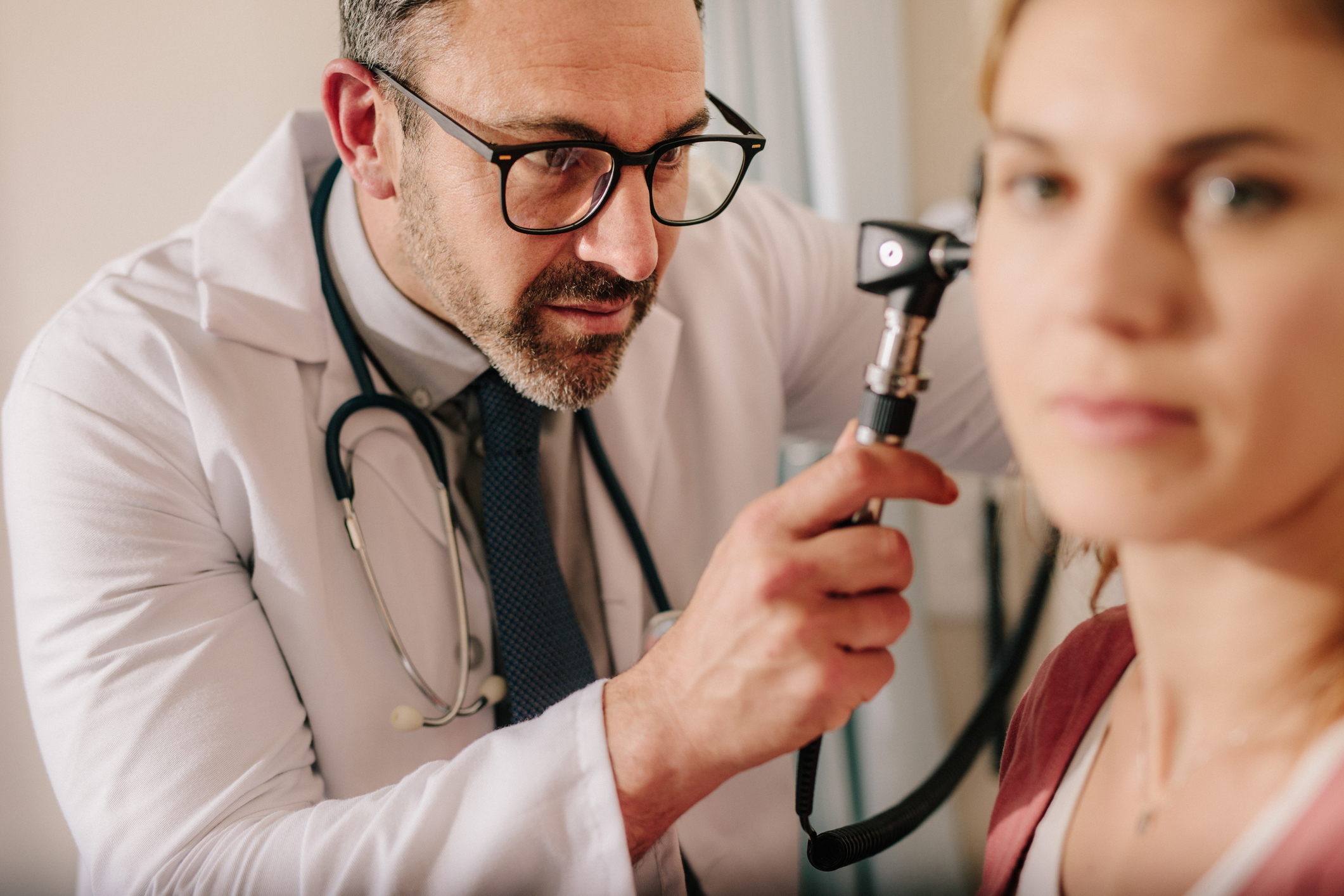 Some kids rip through boxes of facial tissues just for giggles—other kids fill those tissues because their noses won’t stop running. Some kids won’t go to sleep because they can’t stop playing—other kids can’t sleep from ear pain. And some kids snore like drunken sailors—which sounds really freaky coming from a 2-year-old. If your child has ear, nose, throat symptoms like these, make an appointment to see us as soon as possible.

When to Call Campbell ENT

Call us whenever your child has any of the following symptoms:

We can diagnose and treat these problems so your child (and you) can breathe, sleep, eat and enjoy life again.

Allergies, frequent colds and congenital problems are all frequent culprits distressing ear, nose and throat problems in children. And these symptoms can actually hamper your child’s development—and sometimes their lives. We can diagnose and provide proper, child-appropriate treatment so you and your child can breathe easy again.

Ear infections (Otitis media) are the number one reason parents haul their children to the doctor. With touchy, immature immune systems kids are often far more susceptible to more frequent colds that trigger head congestion. At the same time, the anatomy of a child’s head is still developing from birth to age six—specifically the Eustachian tubes.

These tubes maintain proper air pressure in the middle ear (for hearing) and normally drain fluid from the ears down into the throat. But the Eustachian tubes are not fully developed in early childhood. They are narrower, weaker and more horizontal, so they can easily clog with bacteria and fluid from backups in the nose and throat. Hence the frequent ear infections, ear pain, pressure, ear drainage, sleepless nights and sad children and parents.

If your child has recurring ear infections, you need to visit a doctor for a proper diagnosis and treatment; not only to relieve your child’s pain, but because this window of early childhood is critical to your child’s speech and language development. Frequent ear infections often negatively impact hearing, making it harder for your child to develop these important skills.

Ear and nose problems in children are usually interconnected because the very anatomy of the head is interconnected. Children with frequent colds and/or allergies struggle with stuffy, runny noses that just won’t quit. The abundance of extra snot leads to adjacent symptoms of earaches and sore throats because the excess backs up in these areas too.

Children can also have sinus infections, making it hard for them to breathe, sleep and enjoy discovering the world. Sinuses normally produce moistening mucus that clears the nasal passages, even from birth; but again, these are still under development. And when an immune response (from allergies, colds, etc.) triggers excess mucus production, clogs happen here too:

Excess mucus draining from the nasal passages, sinuses and Eustachian tubes converges in one place: the throat. When bacteria-laden mucus drains down the throat, your child may be up all night with a cough and a sore throat. Abnormalities in throat tissue can also cause alarming breathing problems that need to be addressed right away.

Speaking of tissue abnormalities, childhood throat, nose and ear problems are not always the result of an immune response (normal or allergic). Congenital defects in the nose and throat can severely impact your child’s ability to breathe properly. Also, until about six months of age, infants can really only breathe through their noses. If an infant’s nose becomes blocked, dangerously low levels of oxygen from pauses in breathing can result. These are just a few congenital nose and throat issues that need prompt attention and can help with:

Some of these can be treated during an office visit, some can be alleviated with medication therapies, while some must be treated surgically.

Talk to the Experts! Call or Text Us